US, Privacy and security lawyer, founder of WiredSafety and StopCyberbullying one of five members of Facebook’s International Safety Advisory Board.
She is the recipient of the FBI Director’s Award, the RCMP Child Recovery Award and the Clinton Whitehouse President’s Service Award.

IT, Psychologist and educationalist. Teacher on Master’s Degree in Clinical Criminology and Forensic Psychology and at Specific Training Courses for Bullying and Cyberbullying”, which are organized by IFOS with locations in Cagliari, Sassari and Taranto. Supervisor of the educational team of “National Observatory on Cyber Crime” at the Ministry of Justice – Department of Juvenile Justice.

IT, Psychologist, psychotherapist, Scientific Director of Master’s Degree in Clinical Criminology and Forensic Psychology as well as Director of Specific Training Courses for Bullying and Cyberbullying, which are organized by IFOS. Court-appointed psychologist in the Juvenile Court and in the Civil and Criminal Court of Cagliari. Supervisor of the psychological team of “National Observatory on Cyber Crime” at the Ministry of Justice – Department of Juvenile Justice.

IL, Clinical Psychologist and Psychotherapist. Director, Psychological Services, Nazareth, Israel. Head of the Arab Psychological Association in Israel. He has collaborated as a consultant with UNICEF, UNRWA, and other international organisations to train and supervise mental health professionals in crisis intervention, counselling and psychotherapy with children, adults and families, and as a lecturer at the Beir-Zeit University in the Occupied Palestinian Territories.

UK, Principal Lecturer in Criminology, University of Greenwich. Programme Leader for the MA International Criminology and MSc Criminology and Criminal Psychology masters programmes. He is also an advisor to  the Fédération Internationale des Ligues des Droits de L’Homme, has been a delegate on human rights missions to Japan, Uzbekistan, Uganda, Botswana, Mongolia and Russia, and has advised the London Metropolitan Police Service and Her Majesty’s Prisons Isle of Sheppey.

With the patronage of 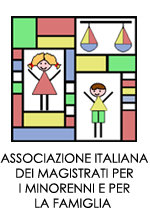 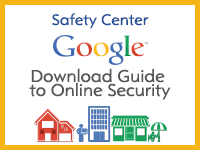